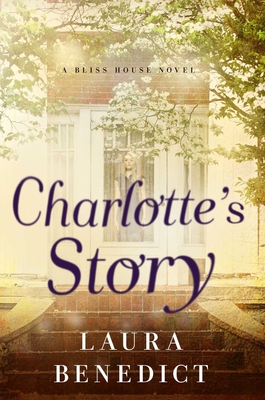 Step back into Bliss House, the yellow-brick Virginia mansion with a disreputable, dangerous past, that even the sheen of 1950's domesticity cannot hide . . .

The fall of 1957 in southern Virginia was a seemingly idyllic, even prosperous time. A young housewife, Charlotte Bliss, lives with her husband, Hasbrouck Preston “Press” Bliss, and their two young children, Eva Grace and Michael, in the gorgeous Bliss family home. On the surface, theirs seems a calm, picturesque life, but soon tragedy befalls them: four tragic deaths, with apparently simple explanations.

But nothing is simple if Bliss House is involved. How far will Charlotte go to discover the truth? And how far will she get without knowing who her real enemy is? Though Bliss House may promise to give its inhabitants what they want, it never gives them exactly what they expect.

Laura Benedict is the author of several novels of dark suspense, including Isabella Moon and Devil's Oven. Her essays and short fiction have appeared in Ellery Queen Mystery Magazine as well as numerous anthologies, and she originated and edited the Surreal South short fiction anthology series. She lives with her family in the southernmost region of a Midwestern state.

A suspenseful, atmospheric follow-up to 2014’s Bliss House. A satisfyingly creepy tale for a rainy night.


Benedict ups the ante in this suspenseful sequel to Bliss House. Dripping with Southern gothic atmosphere, this novel is for those who crave more like Elizabeth Lord's The Chandelier Ballroom and Brendan Duffy's House of Echoes.


A
skillfully rendered mixture of ghost story and mystery that draws on the
spirits of du Maurier, Stephen King and — in its depiction of a tormented
family — Joyce Carol Oates. Benedict’s fully realized characters are amplified
by her affecting and insightful prose. Successfully melds the paranormal with
the puzzle while whetting the reader’s appetite for a third harrowing visit to
the manor.


Bliss House is a rare accomplishment: a novel that works as a mystery, a ghost story, and a touching family drama.  Thoughtful and compelling.