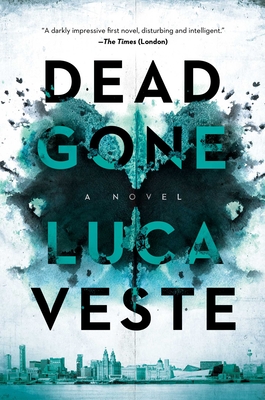 In a terrifying trip into the darkest corners of psychology, Detectives Murphy and Rossi rush to catch a serial killer who is stalking a university in Liverpool, ingeniously murdering his victims in a series of deadly experiments.

When a student turns up murdered at the City of Liverpool University, Detectives David Murphy and Laura Rossi are charged with finding the culprit. Attached to the deceased body is a letter from her killer, which details a famous unethical psychological experiment; it is that experiment that was used on this victim, resulting in her death. Thinking the letter is just an attempt to throw them off course, Murphy and Rossi initially dismiss it. But then more bodies are found, each with connections to the university—and each with their own letter accompanying the body.

Murphy and Rossi quickly realize they’re chasing a killer unlike any they’ve hunted before: One who sees himself as a valuable researcher of human behavior—a killer who doesn’t just want his victims’ bodies, but their minds as well.

As they delve into the darkest pockets of psychological research, Murphy and Rossi struggle to understand the motives of the madman, trying to find the killer before his gruesome experiments claim their next victim.

Praise For Dead Gone: A Novel…

"A chilling debut from a writer to watch."
— Mark Billingham

"A terrifying trip into the darkest corners of psychology. Dead Gone grabs you from page one and compels you to stay until the very end, and it is that element of not being able to get away that draws you in and makes you at one with the victims in this very dark and skillful thriller."
— Criminal Element

"Gripping, unpredictable, genuinely shocking and impossible to put down, Dead Gone is a remarkable debut."
— Steve Mosby, author of 'The Murder Code'

"[An] impressive and inventive work...Murphy and Rossi have the makings of a successful series."
— Bookgasm

"For those who like their British crime thrillers gritty and dark, Dead Gone is the perfect read. It takes real skill to write about so much wickedness while also making it palatable. Veste does it all."
— CurledUp.com

"Luca Veste knows a lot about writing. This experience shows itself in his great new serial killer debut Dead Gone. This amazing novel has a gripping plot and an unpredictable storyline which is impossible to put down."
— Mystery Tribune

Luca Veste was the editor of the Spinetingler Award-nominated charity anthology Off The Record and co-editor of True Brit Grit. He lives in Liverpool with his wife and two young daughters.
Loading...
or
Not Currently Available for Direct Purchase