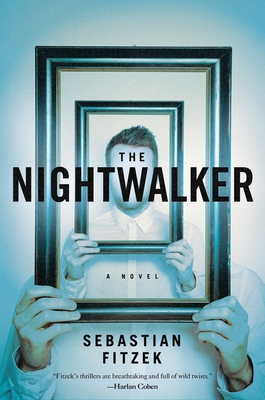 A psychological thrill-ride of a novel that finds an insomniac wondering if his nighttime excursions have turned into something beyond his imagination.

As a young man, Leon Nader suffered from insomnia. As a sleepwalker, he even turned to violence during his nocturnal excursions and had psychiatric treatment for his condition. Eventually, he was convinced he had been cured—but one day, years later, Leon's wife disappears from their apartment under mysterious circumstances. Could it be that his illness has broken out again?

In order to find out how he behaves in his sleep, Leon fits a movement activated camera to his forehead—and when he looks at the video the next morning he makes a discovery that bursts the borders of his imagination. His nocturnal personality goes through a door that is totally unknown to him and descends into the darkness . . .

Praise For The Nightwalker: A Novel…

"Sebastian Fitzek sets a high-water mark for psychological thrillers. Sharp prose without being showy, unexpected plot detours that deliver, and a strong conclusion in a genre that often lacks that much-needed final wallop. The Nightwalker is an easy contender for year-end ‘Best of’ lists."
— Criminal Element

"A nightmarish page-turner. A powerhouse of a labyrinthine read. You may be fearful of sleeping again."
— Kirkus Reviews

"A vivid thriller. The final twist did not disappoint."
— San Francisco Review of Books

"An impressive and unforgettable introduction (due in part to the efforts of translator Jaime Lee Searle) that demands to be read in one sitting and commands attention and reflection long thereafter."
— Bookreporter

"Sebastian Fitzek begins The Nightwalker with a suggestion that it takes place close to readers, establishing an intimacy that carries onward. Every time Leon wakes, he discovers more amiss in his life; his memories and reality do not align. The narrator leads readers through these unexpected discoveries, each one contributing an increasing sense of wrongness. And just as readers realize the broadening scope of the story, the author delivers one final chilling twist."
— Shelf Awareness

"The Nightwalker is the stuff that nightmares are made of so get yourself ready for a ride of terror."
— Fresh Fiction

"Eternal Sunshine of the Spotless Mind meets Inception."
— The Guardian

"A consistently gripping and surprising mystery. Its level of engagement, imagination, and self-reflection makes it unforgettably haunting."
— PopMatters

Sebastian Fitzek has been published in twenty-nine languages including Dutch, Italian, French, Norwegian, Portuguese, Spanish, Gree, Russian, Turkish, Polish, Bulgarian, Danish, and Japanese. He is a number one bestselling author in Germany, where he lives. This is his American debut.
Loading...
or
Not Currently Available for Direct Purchase