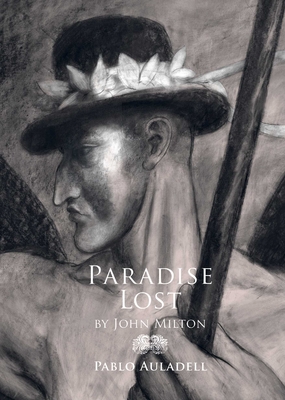 One of the oldest and most powerful stories of all time—God and Satan, Adam and Eve—retold in stunning graphic novel form by the dark and beautiful imagery of Pablo Auladell.

Milton’s epic poem charts humanity’s fall from grace and the origin of the struggle between God and Satan, good and evil, life and death. In the aftermath of the Angels’ devastating defeat in the war for Heaven, Satan determines to seek his revenge. Meanwhile, Adam and Eve have newly awakened in the Garden of Eden . . .

First published nearly three hundred and fifty years ago, Paradise Lost has now been reimagined by the Spanish artist Pablo Auladell. His astonishing artwork portrays the complexity and tragedy of one of the great stories of all time. His bleak and surprising imagery captures the lyricism of Milton’s original for a new audience—and is a masterful tribute to a literary classic.

"Auladell’s challenging reimagining of a challenging text is clearly the result of a unique vision and considerable craftsmanship."
— Library Journal

Pablo Auladell is a graphic artist from Alicante, Spain. He was the runner-up for the Illustrated Book for Children Award and won the Best New Talented Author Award in the Salo del Comic de Barcelona for the graphic novel La Tour Blanche. He teaches illustration at the University of Macerata, Italy.

John Milton (1608-1674) spent his early years in scholarly pursuit. He risked his life by publishing The Ready and Easy Way to Establish a Free Commonwealth on the eve of the Restoration (1660). His great poems, including Paradise Lost, were published after this political defeat.
Loading...
or
Not Currently Available for Direct Purchase