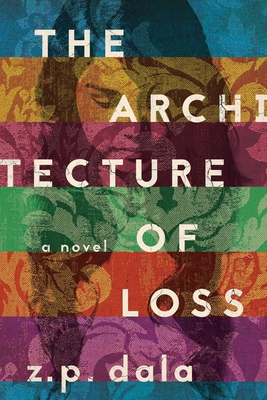 The Architecture of Loss (Hardcover)

A novel of forgiveness and reconciliation that shines light on the dark underbelly of South Africa’s fight for freedom and democracy.

Estranged at the age of six from her mother, who sent her away from her hometown of Brighton in rural Zululand, brilliant architect Afroze Bhana has carved out an impressive life for herself in Cape Town. But when she receives word that her aging mother is desperately ill, she finds herself compelled to return to her place of birth to find answers about her painful childhood.

Afroze arrives in Brighton to find that her mother, Sylvie—who was a doctor and a fierce activist during the dark days of the anti-apartheid struggle—is a shadow of her formidable self, but Sylvie has still retained her sarcasm and anger toward the daughter that she sent away. Somehow, Sylvie cannot draw her daughter close, even facing the looming threat of her own mortality. She remains in the cottage of Afroze’s childhood, frozen in a world where she surrounds herself with luxury and garish indulgences, cared for by the fiercely protective Halaima, a Malawian refugee. Especially painful for Afroze is the love and affection that Sylvie showers on Bibi, Halaima’s pampered and precocious daughter—love which she could never give her own daughter.

A moving novel about the complexities of family ties, The Architecture of Loss beautifully explores the ways in which the anti-apartheid struggle—a struggle in which the roles of women have been largely overlooked—irrevocably damaged many of its unsung heroes.

Z.P. Dala is a freelance writer and psychologist. Her debut novel, What About Meera, won the inaugural Minara Aziz Hassim Literary Prize in South Africa and was longlisted for both the Etisalat Prize for Fiction (the most prestigious literary prize for African fiction) and the Sunday Times Barry Ronge Fiction Prize (South Africa's largest literary award). Her short stories were awarded second prize in the Witness True Stories of KwaZulu-Natal and she has written opinion pieces for The New York Times Magazine, Marie Claire, and Elle. In 2017, she received an Honorary Fellowship in Writing at the International Writers Program at the University of Iowa. She has lived and worked in Dublin and now lives in Durban, South Africa.

Praise For The Architecture of Loss…

"Z. P. Dala is a writer who has suffered much for her art and is well worth reading."
— Salman Rushdie

"South African author Z. P. Dala’s crisp writing exhumes the festering pieces of the past in a story that strives toward hope and forgiveness."
— World Literature Today

"The Architecture of Loss vividly reconstructs the secret soul of South Africa’s anti-apartheid movement, revealing the costs—physical and emotional—of devoting one's life to an ideal. The story of Sylvie Pillay, an Indian doctor who counts herself among ‘the silent sisters of the movement,’ is an essay on love and loss that will challenge conventional ideas about the drive for freedom. ‘The divide between men and women in the struggle made us unhappy in our conjoined twinness,’ she confides. ‘It became a silent code. Yet another code we had to learn.’ Z. P. Dala's mastery of this code lines every page of this beautifully written and desperately moving novel."
— Christopher Merrill, author of 'Self-Portrait with Dogwood'
or
Not Currently Available for Direct Purchase
Copyright © 2020 American Booksellers Association