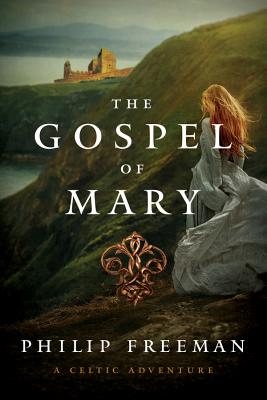 The Gospel of Mary

A young Irish nun finds herself the guardian of a mysterious manuscript claiming to be the lost gospel of Mary, when she realizes that church authorities are willing to kill to get their hands on it . . .

An old and dying nun has turned up at Deirdre's monastery in Ireland with an ancient manuscript on a papyrus roll. When Deirdre reads the first line, she realizes it claims to be a previously unknown gospel written by Mary, the mother of Jesus. The church authorities in Rome have been seeking to destroy this gospel for centuries, claiming it is a forgery that threatens the very foundations of the faith.

Deirdre begins to translate the gospel, but when a delegate of the pope arrives in Kildare searching for the text, she must set out across Ireland seeking safety as the church and its henchmen are hot on her trail. What does the gospel say? And why is the church so afraid of it?

Praise For The Gospel of Mary…

"This is a generous-spirited, gracefully written book. Sure it is a page-turning mystery story, but it is also a warm hearted look at what people need from religion. It is also a compelling, critical look at the structures and hierarchies that surround religion."
— Irish American News

"Freeman creates another atmospherically absorbing mystery fortified by biblical and historical fact. By unraveling the plot of the translated text alongside Sister Deirdre's mission, this briskly paced narrative becomes even more dark and dangerous."
— Shelf Awareness

"[The Gospel of Mary] moves at a crackling pace and is surprisingly packed with excitement, emotion, and colorful characters. This is as much a mother’s—and woman’s—story as it is a historical and religious adventure. Freeman does a very impressive job considering he is neither."
— Criminal Element

"Freeman’s command of life in the ancient world is impressive, and he has an admirably efficient way with a plot. An absorbing story."
— Historical Novels Review

"This is a goodly yarn, complete with its fascinating and colorful historical and cultural context, not to mention its dangers and horrors."
— The Providence Journal [Praise for the Sister Deirdre Mystery Series]

Philip Freeman received his Ph.D. in Classics and Celtic Studies from Harvard University and holds the Fletcher Jones Chair in Western Culture at Pepperdine University. He is the author of twenty books, including the first two of the Sister Deirdre series, Saint Brigid’s Bones and Sacrifice. His most recent work, Celtic Mythology, was published by Oxford University Press in 2016. Philip lives in Malibu, California.
Loading...
or
Not Currently Available for Direct Purchase