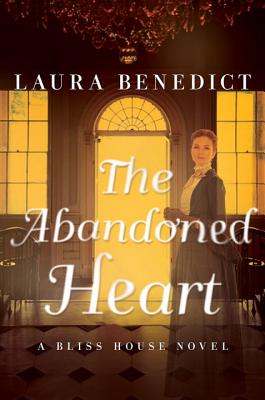 Three women. A cursed house. Generations of lives at stake. The third novel in the acclaimed Bliss House series reveals the secret that started it all.

There is no bliss to be found in Bliss House.

In Old Gate, Virginia, stands a grand house built by Randolph Bliss, a charming New York carpetbagger who, in 1878, shook off dire warnings to build his home elsewhere. For the ground beneath Bliss House is tainted with the kind of tragedy that curses generations, seeping through the foundation and sowing madness in its wake. His first and second wives, and his young Japanese mistress, Kiku, bear witness to Randolph’s growing insanity with stories of his cruel manipulations and their desperate struggles to find happiness for themselves and their children.

Their desire to live and love and even take revenge also fills the house, triumphing even over death. Spanning half a century, The Abandoned Heart is the prequel to Charlotte’s Story and Bliss House, forming a trilogy of southern Gothic novels in which one haunted house begets haunted lives that echo over centuries. A haunting so powerful that even Bliss House’s destruction cannot kill it.

Praise For The Abandoned Heart: A Bliss House Novel…

One of the most impressive novels that I have read in 2016. Benedict has written as fine an interlocking tale of guilt, revenge and ill deeds as I have read this year, one that slips and sides across genre lines, obliterating them in its passage.

A fervent fan of the first two installments in Benedict's trilogy, Bliss House and Charlotte's Story, will find much pleasure in this final volume, which delves into the dark roots of the evil in remote Old Gate.

At last, the background of Bliss House is revealed.

Laura Benedict is the author of Charlotte's Story and Bliss House, the first two novels in the Bliss House trilogy, as well as several other novels of dark suspense. Her work has appeared in Ellery Queen Mystery Magazine and numerous anthologies. She lives with her family in Southern Illinois. Visit laurabenedict.com.
Loading...
or support indie stores by buying on