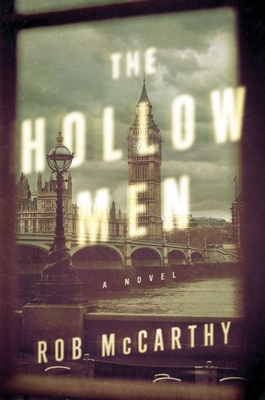 Police surgeon Harry Kent is determined to help those the world would rather brush aside, in a smart and electrifying new crime series that evokes the often-hidden medical world of the London Metropolitan Police.

Dr. Harry Kent likes to keep himself busy—juggling hospital duties with his work as a police surgeon for the London Metropolitan Police—anything to ward off the memories of his time as an army medic.

Usually the police work means minor injuries and mental health assessments. But teenager Solomon Idris’s case is different. Idris has taken eight people hostage in a fast-food restaurant, and is demanding to see a lawyer and a BBC reporter. Harry is sent in to treat the clearly-ill teenager . . . before the siege goes horribly wrong.

When Solomon’s life is put in danger again at a critical care ward, it becomes clear he knows something people will kill to protect. Determined to uncover the secret that drove the boy to such desperate action, Harry soon realizes that someone in the medical world, someone he may even know, has broken the doctors’ commandment to “do no harm” many times over . . .

Praise For The Hollow Men: A Novel…

"The Hollow Men delivers its gruesome details in the authentic voice of the medical student McCarthy happens to be. The plot, centered on violent youth gangs in depressed areas, is, presented with jarring realism and zero sentimentality."
— Marilyn Stasio, New York Times Books Review

"An original new voice who uses his inside knowledge to great effect in this memorable new novel."
— The Sunday Times (Crime Book of the Month)

"The Hollow Men is gritty and intense; it's complex and explosive. The characters in this debut are exemplary and McCarthy is unquestioningly a writer to watch."
— Shelf Awareness

"Medical student McCarthy’s accomplished first novel and series launch plunges Harry Kent, a London ER doctor who also serves as an on-call doctor for police matters, into a difficult situation. McCarthy provides a fascinating look at the sociology of crime and policing while deftly exploring the motivations of Idris, Kent, and Lahiri."
— Publishers Weekly

"This fast-paced mix of medical thriller and crime novel keeps readers guessing until the surprising finale. McCarthy's medical knowledge as a fourth-year medical student and the South London setting give this book an authenticity that draws mystery fans in and will have them looking forward to the next Dr. Harry Kent novel."
— Library Journal

Rob McCarthy is a medical student in his fourth year of study, who started writing crime novels when the neuroanatomy textbooks threatened to take his sanity. He lives in South London, where he is currently working on two more novels featuring Dr Harry Kent.
Loading...
or
Not Currently Available for Direct Purchase