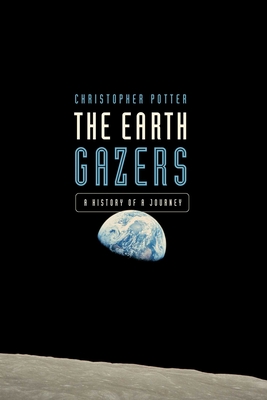 It will soon be the fiftieth anniversary of the first manned mission to the moon, when men first saw for themselves the Earth as a sphere falling through space—they saw a world without borders and these images continue to give hope and inspire.

Only twenty-four people have seen the whole earth.  The most beautiful and influential photographs ever made were taken, almost as an afterthought, by the astronauts of the Apollo space program from the moon.  They inspired a generation of scientists and environmentalists to think more seriously about our responsibility for this tiny oasis in space, this “blue marble” falling through empty darkness.

The Earth Gazers is a book about the long road to the capture of those unforgettable images. It is a history of the space program and of the ways in which it transformed our view of the earth and changed the lives of the astronauts who walked in space and on the moon. It is the story of the often blemished visionaries who inspired that journey into space: Charles Lindbergh, Robert Goddard and Wernher Von Braun, and of the courageous pilots who were the first humans to escape the Earth's orbit.  These twenty-four people saw Earth in all its singular glory, and the legacy of the stories of these "Earth Gazers," resonate richly even today.

Praise For The Earth Gazers: On Seeing Ourselves…

"Despite covering familiar ground, Potter delivers an enthralling account of the golden age of manned space travel that emphasizes the transcendent experiences of everyone involved, and he makes a convincing case that America lost something vital when it ended."
— Kirkus Reviews (starred)

"Potter pens this excellent account of the people and events that brought about the first photographs of the earth taken from outer space. Readable and fascinating, recommended for anyone interested in the history of space exploration."
— Library Journal

"Beware, flat-earthers. Christopher Potter has mounted a powerful assault on your most cherished belief. In 1948, British astrophysicist Fred Hoyle made an intriguing prediction: “Once a photograph of the Earth, taken from the outside, is available .?.?. a new idea as powerful as any in history will be let loose.” With The Earth Gazers, his beautifully written overview of our voyage into the heavens, Potter shows us how that cosmic forecast played out."
— The Washington Post

"For years, I've secretly longed for someone to take me by the hand and walk me through time and space—someone who would marvel with me at every strange thing we encountered and pepper his scientific discourse with lines of poetry.  This is what Potter has done."
— Dava Sobel

Christopher Potter was publisher and managing director at the independent publishing house Fourth Estate. He is the author of You Are Here: A Portable History of the Universe. He divides his time between London and New York City.