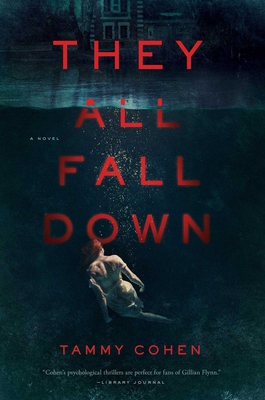 They All Fall Down

"Cohen convincingly portrays Hannah’s shaky belief in her own perceptions and Corinne’s determination to risk all to help her child."
— Publishers Weekly

"A more realistic look than [The Girl on the Train and Gone Girl] into a disturbed mind’s second-guessing and fear. Give this fast, absorbing read not only to fans of the ubiquitous Girl titles but also to A. J. Finn’s superb The Woman in the Window."
— Booklist

"Tackles the thorny issues of how fragile the human psyche is and how people deal with someone during a mental crisis. Great twists abound."
— Book Reporter

"An exciting, chillingly complex psychological thriller. A deliciously dark twist midway through turns the plot around while keeping the story believable."
— Publishers Weekly [praise for 'Dying for Christmas']

"This is a downright chilling psychological suspense novel."
— The Globe and Mail [praise for 'Dying for Christmas']

"Cohen’s writing is so strong that even when one learns the truth . . . its aftereffects linger right up to the final page. Read it and enjoy."
— Bookreporter [praise for 'Dying for Christmas']

Tammy Cohen (who also writes as Tamar Cohen) is the author of seven novels, including Dying for Christmas. She is a member of the Killer Women crime writing collective and lives in North London.
Loading...
or
Not Currently Available for Direct Purchase