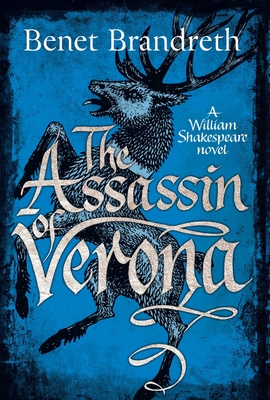 The Assassin of Verona

Praise For The Assassin of Verona: A William Shakespeare Novel…

"Bodies amass, revenge is taken—and Shakespeare finds even more dramatic inspiration. Fans will enjoy the inclusion of many lines from the Bard's plays and sonnets. Aemelia steals the show."
— Booklist

"The glory of the novel is in the gorgeous dialogue, expertly weaving Shakespeare’s lines with period vocabulary and syntax while keeping it completely comprehensible to the modern reader. A wonderful novel: enjoyable characters, exciting, funny, startling and ultimately, thought-provoking. Highly recommended."
— Historical Novels Review

Benet Brandreth is an expert on Shakespeare's language and times, the rhetoric coach to the Royal Shakespeare Company, and a writer and performer whose last one-man show was a five-star reviewed sellout at the Edinburgh Fringe and on its London Transfer. The Spy of Venice was his debut novel.
Loading...
or
Not Currently Available for Direct Purchase