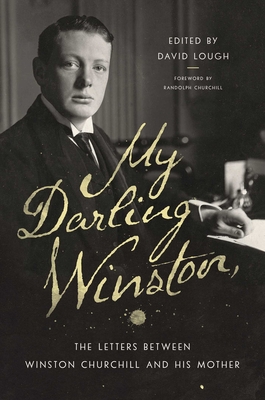 The Letters Between Winston Churchill and His Mother

A significant addition to the Churchill canon, My Darling Winston traces Churchill’s emotional, intellectual, and political development over a forty-year period as confided to his mother.

My Darling Winston is an edited collection of the personal letters between Winston Churchill and his mother, Jenny Jerome, between 1881—when Churchill was just six—and 1921, the year of Jenny’s death. Many of these intimate letters— between two gifted writers—are published here for the first time, and the exchange of letters between mother and son has never before been published as a correspondence.

A significant addition to the Churchill canon, My Darling Winston traces Churchill’s emotional, intellectual, and political development as confided to his primary mentor, his mother. As well as providing a basic narrative of Jenny’s and Winston Churchill’s lives over a forty-year period, My Darling Winston tells the story of a changing mother-son relationship, characterised at the outset by Churchill’s emotional and practical dependence on his mother, but which is dramatically reversed as her life begins to disintegrate tragically towards its end.

Praise For My Darling Winston: The Letters Between Winston Churchill and His Mother…

"Lough has collected all available correspondence between Winston and his mother, Jennie Churchill, from his childhood until the end of her life. With excellent explanations of the events involved, the author gives readers first-rate insight into the personalities of mother and son. A great resource for gaining a further understanding of these two outsized characters and their era."
— Kirkus Reviews

"Readers who enjoy piecing together history and filling in gaps from primary evidence, as well as historians and Churchill enthusiasts, will find much of interest."
— Publishers Weekly

"Lough excels, providing us with just enough narrative, without taking over and distracting the reader from his subjects. He accompanies his text with excellent maps and uncommon photographs. Having David Lough as narrator is like having a skilled tutor, guiding us through the four-decade relationship between mother and son. He never falls short."
— Richard Langworth, Senior Fellow, Hillsdale College Churchill Project

"A surprising page-turner."
— The Economist [Praise for No More Champagne]

"May become a classic. It will transform the way that Churchill is interpreted and understood."
— The New Criterion [Praise for No More Champagne]

"Spicy reading in our own increasingly plutocratic times. Lough doggedly pursues the ins and outs of Churchill’s finances."
— The Atlantic [Praise for No More Champagne]

David Lough studied history at Oxford University. After a career in finance, his first book was No More Champagne (Picador), a Wall Street Journal and The Times of London Best Biography of the Year. He lives in England.

Randolph Churchill is the great-grandson of Sir Winston Churchill. After attending Harrow, Randolph served in the Royal Navy and subsequently attended Buckingham University. He is a Trustee of the Winston Churchill Memorial Trust, Honorary Fellow of Churchill College, Cambridge, Director of the Armed Services Charities Advisory Company, and Trustee of the Churchill Centre in both the United States and United Kingdom. A regular speaker at Churchill conferences and dinners, Randolph and his wife have four children and live close to Sir Winston's home at Chartwell in Kent.
Loading...
or
Not Currently Available for Direct Purchase