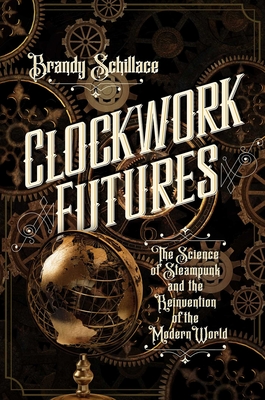 The Science of Steampunk and the Reinvention of the Modern World

Airships and electric submarines, automatons and mesmerists?welcome to the wild world of steampunk.  It is all speculative?or is it?  Meet the intrepid souls who pushed Victorian technology to its limits and paved the way for our present age.

The gear turns, the whistle blows, and the billows expand with electro-mechanical whirring. The shimmering halo of Victorian technology lures us with the stuff of dreams, of nostalgia, of alternate pasts and futures that entice with the suave of James Bond and the savvy of Sherlock Holmes. Fiction, surely.

But what if the unusual gadgetry so often depicted as “steampunk” actually made an appearance in history? Zeppelins and steam-trains; arc-lights and magnetic rays: these fascinating (and sometimes doomed) inventions bounded from the tireless minds of unlikely heroes. Such men and women served no secret societies and fought no super-villains, but they did build engines, craft automatons, and engineer a future they hoped would run like clockwork.

Along the way, however, these same inventors ushered in a contest between desire and dread. From Newton to Tesla, from candle and clockwork to the age of electricity and manufactured power, technology teetered between the bright dials of fantastic futures and the dark alleyways of industrial catastrophe.

In the mesmerizing Clockwork Futures, Brandy Schillace reveals the science behind steampunk, which is every bit as extraordinary as what we might find in the work of Jules Verne, and sometimes, just as fearful. These stories spring from the scientific framework we have inherited.  They shed light on how we pursue science, and how we grapple with our destiny—yesterday, today, and tomorrow.

Praise For Clockwork Futures: The Science of Steampunk and the Reinvention of the Modern World…

Schillace recounts the fascinating history of the real scientists and inventors who laid the foundations for our modern-day technology (such as Edison, Tesla and Volta), along with such fictional practitioners as Dr. Victor Frankenstein and Sherlock Holmes. In a way, the book stands as a companion to Richard Holmes’s popular history The Age of Wonder. Entertaining and illuminating. It answers some questions I never even thought to ask.


A wide-ranging narrative. Those not yet immersed in the steampunk ethos will get a sweeping introduction to the heroes, outlaws, and automatons populating the subgenre and their real-life progenitors. An engaging social history of technology and invention that offers a great nonfiction crossover for steampunk fans.

Schillace examines rituals of bereavement
across cultures and across time. She points toward the confusion that has
emerged in a technological age when brain death, heart death and other
definitions becloud our understanding of expiry itself. We don't know what
death means or even what it is.

Schillace perceives the forces behind
our misaligned contemporary attitudes about mortality.

A thoughtful and wide-ranging examination. Schillace looks at how cultures
worldwide have dealt with death, both in the past and present.

Schillace writers glowingly of a growing
movement to counter the death-denying attitude of Western society. Wide-ranging
and surprisingly easy reading.

Schillace’s
explorations are extensive and interdisciplinary, drawing on research in the
sciences but also valuing the many expressions of death in the arts. With her
personable voice, she is able to breathe compassion into what might otherwise
be a depressing topic. Endlessly fascinating. This vibrant window to other
lives also creates a deeper understanding of one’s own.

Author, historian, and public intellectual, Dr. Brandy Schillace seeks to uncover the human stories at the center of science and medicine. She is Senior Research Associate and Public Engagement Fellow for the Dittrick Museum of Medical History and Editor in Chief of BMJ’s Medical Humanities Journal. Recent publications include Death's Summer Coat (a cultural history of death and dying) and Clockwork Futures (steampunk science in the age of manufactured power). She has appeared on public radio, local television, and most recently, the Travel Channel’s "Mysteries at the Museum" season premier.
or support indie stores by buying on