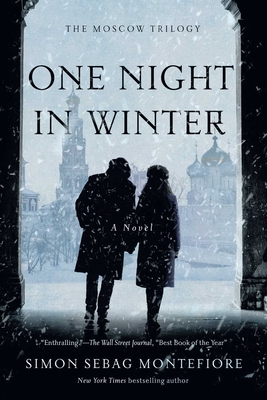 One Night in Winter (Paperback)

Together with Sashenka and Red Sky at Noon for the first time in a rich new edition, One Night in Winter completes the critically acclaimed "Moscow Trilogy," where the love and intrigue, betrayal and fear, war, revolution and terror of twentieth century Russia are brought to life in these compelling stories and unforgettable characters.

As Moscow celebrates the motherland's glorious victory over the Nazis, shots ring out on the crowded streets. On a nearby bridge, a teenage boy and girl—dressed in traditional nineteenth-century costumes—lie dead. But this is no ordinary tragedy, because these are no ordinary teenagers. They were the children of high-ranking Soviet officials. Was it an accident, or murder? Is it a conspiracy against Stalin, or one of his own terrifying intrigues?

On Stalin's instructions, a ruthless investigation begins into what becomes known as the Children's Case. Youth across the city are arrested and forced to testify against their friends and their parents. As families are ripped apart, all kinds of secrets come spilling out. Trapped at the center of this witch-hunt are two pairs of illicit lovers, who learn that matters of the heart exact a terrible price.

Praise For One Night in Winter: A Novel (The Moscow Trilogy)…

Enthralling. In a league of its own.

Truly magnetic. The stirring of our deepest fears and their unexpected resolution—at this, Montefiore is the master.
or support indie stores by buying on
Copyright © 2020 American Booksellers Association