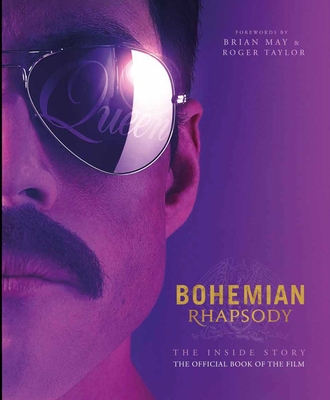 The Official Book of the Movie

Bohemian Rhapsody will look at all aspects of the making of the Queen biopic and the story of Freddie Mercury and Queen. Foreword by Brian May and Roger Taylor.

The author has full access to key cast and crew members who recount how Freddie Mercury (and Queen's) story was brought to life. See how 1970s London, Live Aid and many other pivotal moments and places in the history of the band were recreated for the film, with then-and-now imagery highlighting how carefully the people, events, music and costumes were recreated for this hotly anticipated movie.

Owen Williams has been a regular contributor to Empire magazine since 2006. His work has also been published in The Guardian, The Daily Telegraph, Film 360, Fangoria, Rue Morgue and elsewhere. He was author of the award-winning Alien Augmented Reality Survival Manual. He lives in the UK and tweets as @FlexibleHead.
Loading...
or support indie stores by buying on
(This book is on backorder)