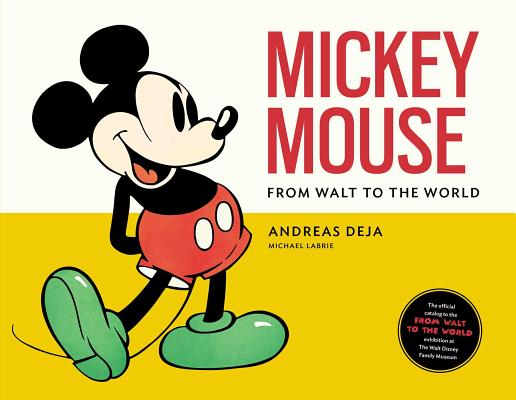 From Walt to the World

Since his modest debut in 1928, Walt Disney’s creation Mickey Mouse has become one of the world’s most recognized and beloved characters. This gorgeous art book gathers original art, drawings, animation cels, and artifacts from a groundbreaking, original exhibition at The Walt Disney Family Museum in San Francisco, with text by noted Disney animator Andreas Deja.

Lavishly illustrated with gorgeous art, some of it never before see by the public and published in book form. Trace the history of the world’s most famous character from the eight-minute black-and-white short, Steamboat Willie to his appearance as an Andy Warhol pop-art legend and beyond.

Born in Poland in 1957, Deja was inspired to become an animator after seeing The Jungle Book at age 11. Studying graphic design at the Folkwang Hochschule in Essen, Germany, he joined Walt Disney’s Animation Studios in 1980 and has taken part in the creation of dozens of Disney animated films and series, from The Black Cauldron to Winnie the Pooh.
Loading...
or support indie stores by buying on