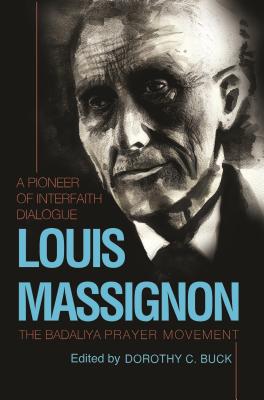 A Pioneer of Interfaith Dialogue

The root of the word Badaliya in Arabic, means to replace or exchange one thing for another. The French scholar and spiritual seeker, Louis Massignon (1883 1962), interpreted the word as a willingness to put oneself in the place of another, to give one's own life for the sake of someone else. This offering of himself for the well-being of his Muslim brothers and sisters was the inspiration for Massignon's entire life. In 1947, the renowned orientalist, who had regained his Christian faith and identity while on a research expedition in Baghdad, in present day Iraq, established an international prayer association that he named, the Badaliya and for which he remained the organizer until his death in 1962. The fifteen annual letters and ninety-one monthly convocations of the Badaliya are as much invitations to prayer and a consecration of individual lives as they are a witness to the incarnational spirit active and alive in our contemporary world today. These letters read like a diary that follows the events and conflicts of the time but also, due to the genius of Massignon's mystical reading of history, these precious documents reveal fifteen years of a singular spiritual adventure. Framed by an introduction presenting the context and genesis of the prayer movement and completed with a description of the Badaliya today, this book permits the reader to grasp the fruitfulness of the spirit of the Badaliya. No other text has yet permitted us to so deeply penetrate the heart of the spirituality and the struggles of Louis Massignon, who remains, even today, a master for our time.

Dorothy C. Buck's own spiritual quest led her from many years as a Classical Ballet performer and teacher to Carmelite spirituality. After writing The Dance of Life in 1987 her interest in spirituality and psychology led to a Ph.D. in Religion and Literature from Boston University and an M.A. in Pastoral Counseling from Emmanuel College with further training at the Boston Institute for Psychotherapy. Along with her private practice as a licensed mental health practitioner and Pastoral Counselor in Somerville, MA she continues to give lectures and publish articles and books on spirituality and inter religious dialogue. She is an active member of the Holy Land Christian Ecumenical Foundation (HCEF), co-ordinates Pilgrimages to the Holy Land and facilitates a monthly Muslim and Christian Interfaith prayer gathering inspired by the spirituality of Louis Massignon s Badaliya. She is on the Board of Directors of L'Association des Amis de Louis Massignon in Paris. Her book, Dialogues with Saints and Mystics: In the Spirit of Louis Massignon was published in 2002."
Loading...
or
Not Currently Available for Direct Purchase