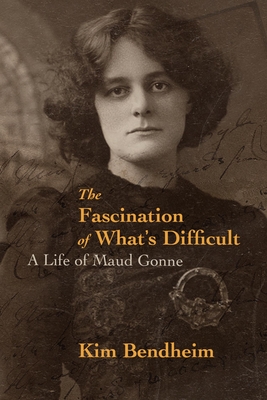 The Fascination of What's Difficult

A Life of Maud Gonne

Maud Gonne, the legendary woman known as the Irish Joan of Arc, left her mark on everyone she met. She famously won the devotion of one of the greatest poets of the age, William Butler Yeats. Born into tremendous privilege, she allied herself with rebels and the downtrodden and openly defied what was at the time the world's most powerful empire. She was an actress, a journalist and an activist for the cause of Irish independence. Ignoring the threat of social ostracism, she had several children out of wedlock. She was an independent woman who charted her own course.

Yet Maud Gonne was also a lifelong anti-semite, someone who, even after the horrors of the Second World War, could not summon sympathy for the millions murdered by the Nazis. A believer in the occult and in reincarnation, she took mescaline with Yeats to enhance visions of mythic Irish heroes and heroines, and in mid-life converted to Catholicism in order to marry her husband, the Irish Catholic war hero John MacBride.

What motivated this extraordinary person? Kim Bendheim has long been fascinated by Maud Gonne's perplexing character, and here gives us an intensely personal assessment of her thrilling life. The product of much original research, including interviews with Gonne's equally vivid, unconventional descendants, The Fascination of What's Difficult is a portrait of a powerful woman who, despite her considerable flaws, continues to inspire.