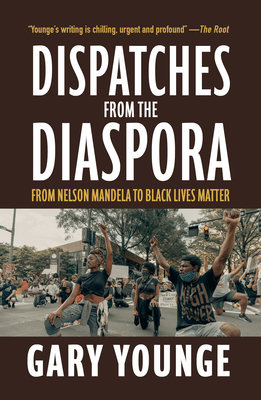 Dispatches from the Diaspora

Dispatches from the Diaspora brings together the multi-faceted, vibrant reporting of one of the leading Black voices spanning the Atlantic, providing a must-read for anyone interested in the way we understand contemporary issues of race and identity.

Between accompanying Nelson Mandela during his first election campaign in South Africa and reflecting on a journey to Barbados to bury his mother, Gary Younge interviews major figures including Angela Davis, Maya Angelou, Desmond Tutu, and the Grime artist Stormzy. He reports from New Orleans during Hurricane Katrina, joins revellers on the southside of Chicago on the evening of Barack Obama's first presidential victory, and files from Ferguson as the Black Lives Matter movement begins to make waves around the world.

Covering three decades of unparalleled reporting throughout the Black diaspora, this catalog of electrifying yet nuanced dispatches puts readers at the heart of the action, guiding them through world-shaking events, introducing them at first-hand to key players, and solidifying Younge's standing as one of the most important political journalists of his generation.

Gary Younge is an award-winning author, broadcaster and a professor of sociology at the University of Manchester. Formerly a columnist and an editor-at-large at the Guardian, he is an editorial board member of The Nation magazine. He is the author of five books, including Another Day in the Death of America (shortlisted for the Orwell Prize and the Jhalak Prize); his writing has appeared in Granta, The New York Times, The Financial Times, The New Statesman, and beyond, and he has made several radio and television documentaries on subjects ranging from gay marriage to Brexit. He lives in London.
Loading...
or support indie stores by buying on