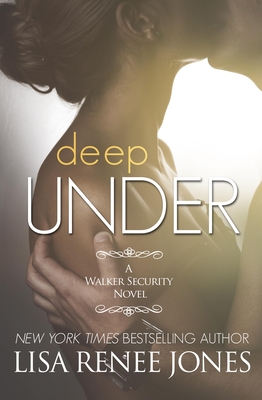 Kyle, one the alpha men of Walker Security, is hot, bothered, and intense, and when Myla lands in his line of fire, she'll soon learn her secrets, and her passion, belong to him, from New York Times bestselling author Lisa Renee Jones. Myla is beautiful, a dove with clipped wings, captive by the wolf, a vicious drug lord. One look into her eyes and Kyle could see the pain, the fear--the desperation. Or so it seems. He's been fooled before by a woman and it cost him everything and everyone he loved. He won't be fooled again. DEEP UNDER is the first book in an all-new series from New York Times bestselling author Lisa Renee Jones, featuring characters from her fan favorite series, Tall, Dark, and Deadly.

New York Times and USA Today bestselling author Lisa Renee Jones is the author of the highly acclaimed Inside Out series, which is now in development for a television show to be produced by Suzanne Todd of Team Todd (Alice in Wonderland). In addition to the success of Lisa's Inside Out series, she has published many successful titles. The Tall, Dark and Deadly series and The Secret Life Of Amy Bensen series both spent several months on a combination of the New York Times and USA Today bestselling lists. Lisa is presently working on a dark, edgy new series, Dirty Money, for St. Martin's Press. Prior to publishing Lisa owned multi-state staffing agency that was recognized many times by The Austin Business Journal and also praised by Dallas Women's Magazine. In 1998 Lisa was listed as the #7 growing women owned business in Entrepreneur Magazine.
Loading...
or
Not Currently Available for Direct Purchase