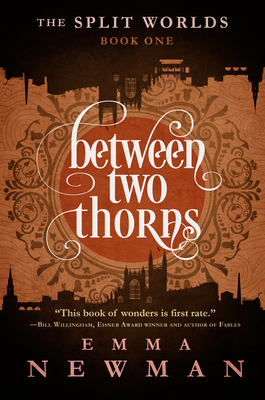 Beautiful and nuanced as it is dangerous, the manners of Regency and Victorian England blend into a scintillating fusion of contemporary urban fantasy and court intrigue.

Between Mundanus, the world of humans, and Exilium, the world of the Fae, lies the Nether, a mirror-world where the social structure of 19th-century England is preserved by Fae-touched families who remain loyal to their ageless masters. Born into this world is Catherine Rhoeas-Papaver, who escapes it all to live a normal life in Mundanus, free from her parents and the strictures of Fae-touched society. But now she's being dragged back to face an arranged marriage, along with all the high society trappings it entails.

Crossing paths with Cathy is Max, an Arbiter of the Split Worlds treaty with a dislocated soul who polices the boundaries between the worlds, keeping innocents safe from the Fae. After a spree of kidnappings and the murder of his fellow Arbiters, Max is forced to enlist Cathy's help in unravelling a high-profile disappearance within the Nether. Getting involved in the machinations of the Fae, however, may prove fatal to all involved.