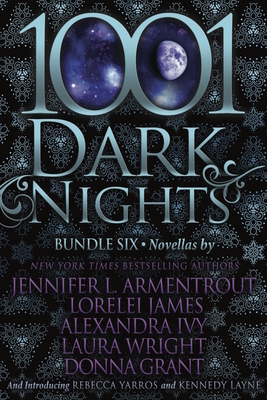 DREAM OF YOU: Abby Erickson isn't looking for a one-night stand, a relationship, or anything that involves any one-on-one time, but when she witnesses a shocking crime, she's thrust into the hands of the sexiest man she's ever seen - Colton Anders. His job is to protect her, but with every look, every touch, and every simmering kiss, she's in danger of not only losing her life but her heart also. STRIPPED DOWN: From New York Times and USA Today bestselling author Lorelei James, a new steamy story of the Blacktop Cowboys... Never challenge a cowboy to a little naughty competition... A flirty game of sexual truth or dare between best man, Wynton Grant, and maid of honor, Melissa Lockhart during their BFF's wedding reception results in a steamy hookup. But their plans for a one and done change when a family crisis leaves Wyn shorthanded at the Grant Ranch. Experienced horsewoman Mel volunteers to help out and gets way more than she bargained for living under the same roof as the sexy rancher. Playing house has never appealed to Wyn...until now. But the feisty redhead is keeping secrets and Wyn's not above stripping her bare--body and soul--to get to the bottom of it... RAGE/KILLIAN: RAGE
Rage might be an aggressive Hunter by nature, but the gorgeous male has never had a problem charming the females. All except Lucie Gaudet. Of course, the lovely Geek is a born troublemaker, and it was no surprise to Rage when she was kicked out of the Wildlands. But now the Pantera need a first-class hacker to stop the potential destruction of their people. And it's up to Rage to convince Lucie to help. Can the two forget the past--and their sizzling attraction--to save the Pantera?
KILLIAN
Gorgeous, brutal, aggressive, and human, Killian O'Roarke wants only two things: to get rid of the Pantera DNA he's been infected with, and get back to the field. But the decorated Army Ranger never bargained on meeting the woman--the female--of his dreams on his mission to the Wildlands. Rosalie lost her mate to a human, and now the Hunter despises them all. In fact, she thinks they're good for only one thing: barbeque. But this one she's guarding is testing her beliefs. He is proud and kind, and also knows the pain of loss. But in a time of war between their species, isn't any chance of love destined for destruction? DRAGON KING: A Woman On A Mission
Grace Clark has always done things safe. She's never colored outside of the law, but she has a book due and has found the perfect spot to break through her writer's block. Or so she thinks. Right up until Arian suddenly appears and tries to force her away from the mountain. Unaware of the war she just stumbled into, Grace doesn't just discover the perfect place to write, she finds Arian - the most gorgeous, enticing, mysterious man she's ever met.
A King With a Purpose
Arian is a Dragon King who has slept away centuries in his cave. Recently woken, he's about to leave his mountain to join his brethren in a war when he's alerted that someone has crossed onto Dreagan. He's ready to fight...until he sees the woman. She's innocent and mortal - and she sets his blood aflame. He recognizes the danger approaching her just as the dragon within him demands he claim her for his own...

# 1 New York Times, USA Today and international bestselling author Jennifer L. Armentrout lives in Martinsburg, West Virginia. All the rumors you've heard about her state aren't true. When she's not hard at work writing. she spends her time reading, working out, watching really bad zombie movies, pretending to write, and hanging out with her husband and her Jack Russell Loki. Her dreams of becoming an author started in algebra class, where she spent most of her time writing short stories....which explains her dismal grades in math. Jennifer writes young adult paranormal, science fiction, fantasy, and contemporary romance. She is published with Spencer Hill Press, Entangled Teen and Brazen, Disney/Hyperion and Harlequin Teen. Her book Obsidian has been optioned for a major motion picture and her Covenant Series has been optioned for TV. She also writes adult and New Adult romance under the name J. Lynn. She is published by Entangled Brazen and HarperCollins.
Loading...
or support indie stores by buying on