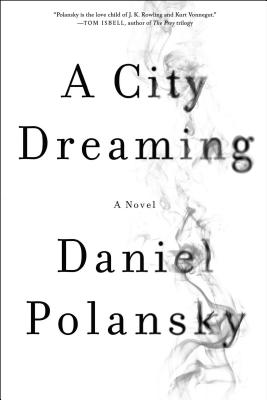 A powerful magician returns to New York City and reluctantly finds himself in the middle of a war between the city's two most powerful witches. "It would help if you did not think of it as magic. M certainly had long ceased to do so." M is an ageless drifter with a sharp tongue, few scruples, and the ability to bend reality to his will, ever so slightly. He's come back to New York City after a long absence, and though he'd much rather spend his days drinking artisanal beer in his favorite local bar, his old friends--and his enemies--have other plans for him. One night M might find himself squaring off against the pirates who cruise the Gowanus Canal; another night sees him at a fashionable uptown charity auction where the waitstaff are all zombies. A subway ride through the inner circles of hell? In M's world, that's practically a pleasant diversion. Before too long, M realizes he's landed in the middle of a power struggle between Celise, the elegant White Queen of Manhattan, and Abilene, Brooklyn's hip, free-spirited Red Queen, a rivalry that threatens to make New York go the way of Atlantis. To stop it, M will have to call in every favor, waste every charm, and blow every spell he's ever acquired--he might even have to get out of bed before noon. Enter a world of Wall Street wolves, slumming scenesters, desperate artists, drug-induced divinities, pocket steampunk universes, and demonic coffee shops. M's New York, the infinite nexus of the universe, really is a city that never sleeps--but is always dreaming.

Daniel Polansky wrote A City Dreaming while living in Brooklyn, where he still resides. His first book, Low Town, was released in 2011 and won the Prix Imaginales. Two sequels followed, Tomorrow, The Killing (2012) and She Who Waits (2013). His follow up series, The Empty Throne, began with Those Above (2015) and concluded with Those Below (2016). His novella, The Builders, has been nominated for the 2016 Hugo award.
Loading...
or
Not Currently Available for Direct Purchase