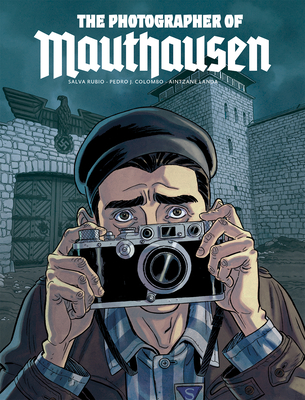 The Photographer of Mauthausen

Salva Rubio is a Spanish author and historian who has been recognized multiple times for his scriptwriting, ranging from short films to feature-length films and graphic novels. Having earned a master's degree in scriptwriting for film and television, Rubio has worked for several Spanish production companies, including a short film nominated for the Goya awards in 2010, and the feature-length animated film Deep in 2016. Rubio made his debut in the comics field in 2017 with two striking and very different projects: Monet: Itinerant of Light and The Photographer of Mauthausen, , both of which have met with critical acclaim. Spanish artist Pedro Colombo was born just outside of Barcelona in 1978. With a passion for drawing dating back to his childhood, he went on to attend Escuela Joso, Spain's most renowned comics institute. Colombo is the creator of Sangre Noctambula and co-creator of Trois . . . et l'ange.
Loading...
or support indie stores by buying on