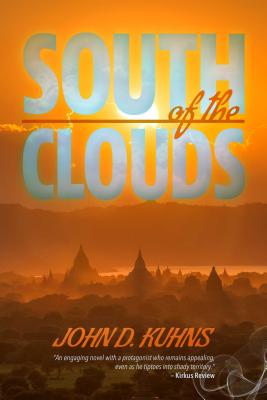 South of the Clouds

A once prominent American investor broken by the Great Recession seeks redemption in the jungle near the Sino-Burmese border, where a beautiful karaoke girl with a past might be able to save him.

The Great Recession of 2008 humbled many good men. Once featured on the front pages of New York’s business and society papers, Jack Davis had spiraled downward in the aftermath of the crisis.

How far will someone go to get their reputation back? Jack is about to find out. Exiled to the last remnant of his investment empire—a rusty silicon smelter in the Chinese jungle north of the Burmese border—his comeback seems far-fetched. But it’s either take his best shot or crawl away from the world in shame.

At first, his prospects appear grim. Asked when they could earn a profit, his general manager answered, “In China, no one make money in regular business. Make money other ways.” When Jack discovers his employees are using the company’s trucks to run jade from Burma over the border to China, his first instinct is to clean house—until he learns they’re making more money running jade than he is smelting silicon.

Jack’s jade buyer tries to warn him. “The problem is, it’s never just running jade,” the man said. “Jade leads to other things way beyond your control. You’re a foreigner, for God’s sake.”

Set in a dangerous, once-obscure corner of the world that has recently vaulted to prominence, South of the Clouds tells the story of an American forced to choose, not between right and wrong—“there’s no legal here”—but between the predictable and the unknown, between a stale life or one with Mei, the beautiful karaoke girl with a past, and the woman he loves.

Wall Street isn’t only about greed and cynicism. There are heroes there too.

John D. Kuhns is the author of three previously published novels, including China Fortunes, Ballad of a Tin Man, and South of the Clouds. He writes stories derived from his personal experiences. He has lived and worked in Bougainville since 2015.
Loading...
or
Not Currently Available for Direct Purchase