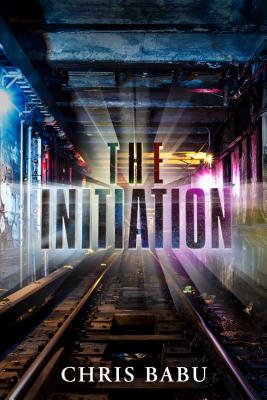 As featured on CNN, the NY Post, Bloomberg, and others

Published two years before Covid, The Initiation is set a generation after an apocalypse that featured a global pandemic, a mass exodus from NYC, strict quarantines, riots over inequality, and federal forces brought in to restore order. Want to know what happens next?

Manhattan is now known as New America, a fully walled-in society based on equality. But the perfect facade hides a dark truth.

A timid math geek, sixteen-year-old Drayden watches his life crumble when his beloved mother is exiled. The mystery of her banishment leads him to a sinister secret: New America is in trouble, and every one of its citizens is in jeopardy.

With time running out, he enters the Initiation. It’s a test within the empty subway tunnels—-a perilous journey of puzzles and deadly physical trials. Winners join the ruling Bureau and move to its safe haven. But failure means death. Can Drayden conquer the Initiation, or is salvation out of his grasp?

Praise For The Initiation…

"Wow! The Initiation has got to be one of the best books I think I've ever read."
— The Avid Reader

"This is one to remember... This book has very intelligent writing, great character growth and can get very emotional. I recommend this one a lot."
— The Page Unbound

"An adrenaline filled and suspenseful dystopian with a penchant for capturing Drayden's emotions on the loss of his mother and the subsequent difficulties he faces. A masterfully written tale that will be liked by fans of Divergent and Warcross."
— Books and Tea

"If you are looking for a Hunger Games / Maze Runner type of book, I truly believe you need to pick this book up."
— Charlotte Brand

"I went into this book knowing next to nothing, so I wasn't sure what I was getting into. That said, I'm so glad I did! I ended up loving this one!"
— Adventures Thru Wonderland

"If you like books like Hunger Games and The Maze Runner you will love this one!... this is a great read and I can't wait for the sequel!"
— BookedLQ

"A gripping, mind-blowing, brilliant book that makes you think while at the same time delivering a fantastic story."
— Renita d'Silva, author of A Daughter's Courage

"Teachers and parents might well consider suggesting that this literate and suspenseful book be included on middle school and high school curricula."
— The Independent

"Fans of Joelle Charbonneau's The Testing  will love The Initiation. From the first page, Babu writes with action-packed ferocity, never stopping for a second...I could not stop turning the page."
— Teenreads.com