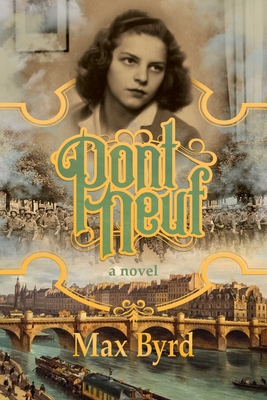 From bestselling writer Max Byrd comes an unforgettable evocation and portrait of Paris at the end of the second World War.

Their story begins and ends on the beautiful Pont Neuf, the oldest and best-loved bridge in Paris. For Annie, every bridge connects two different worlds; to cross a bridge is to make a choice. For her, crossing Pont Neuf means choosing one man over the other, one life over another. It is a haunting love story that will move readers to tears.

In its Homeric themes of death and love, Eros and Thanatos, Pont Neuf also recalls the epic sweep of Byrd’s earlier novels, especially his acclaimed Civil War novel Grant. Its accounts of the last two massive battles of the war—Operation Market Garden in the Netherlands and the cataclysmic Battle of the Bulge—are riveting and authentic, the result of years of research. These historic moments are not simply a backdrop for romance, but also the treacherous and explosive landscape through which love itself moves.

"It is hardly a surprise that Max Byrd has produced a novel in which the historical atmosphere is made exciting and alive in a story perfectly told. An intriguing subject combined with a deceptively simple style is what we have come to expect of this extraordinary writer. In every sense, Pont Neuf is thrilling."

"I so enjoyed Max Byrd’s Pont Neuf, with its superb writing about battle and the perennially interesting through-line of a love triangle, all made more dramatic by the parts played by  two of history’s most fascinating characters, Hemingway and Martha Gelhorn. Annie March, the  lovable young woman at the center is the perfect observer of all but her own heart. And Byrd’s account of the last WWII battle is riveting."
— Diane Johnson, New York Times bestselling author of 'Le Divorce' and 'Flyover Lives'

"Martha Gellhorn and Ernest Hemingway are slugging out the last days of their marriage in Max Byrd's Pont Neuf, but their personal combat is a sideshow to the encounter that will alter the lives of the three young Americans in the brutal final winter of World War II, the fighting in the Ardennes that came to be known as the Battle of the Bulge."
— The New York Times Book Review

Max Byrd is the author of many bestselling historical novels, including Jefferson, Grant, The Paris Deadline, and The Sixth Conspirator. His detective fiction has won the Shamus Award. He lives in northern California and plays a mean ukulele.
Loading...
or
Not Currently Available for Direct Purchase