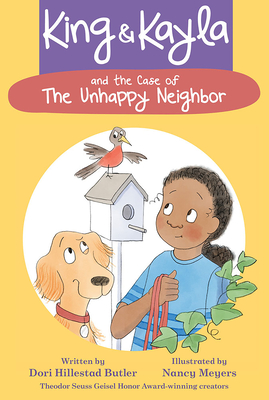 King & Kayla and the Case of the Unhappy Neighbor

The Theodor Seuss Geisel Honor Award-winning series is back

"Entertaining reading for the newest generation of detectives." --Kirkus Reviews

When Jillian's dog, Thor, is accused of digging up Mr. Gary's garden, King and Kayla put their detective skills to work to clear his name. At the scene of the crime, Kayla picks up several clues--there is too much damage for a small dog like Thor to have caused, and several half-eaten vegetables are scattered on the ground. King also finds a clue: A witness to the crime tells King that the culprit is a "new guy" who likes to fight. But who could that be? And can they track down this new guy and clear Thor's name?