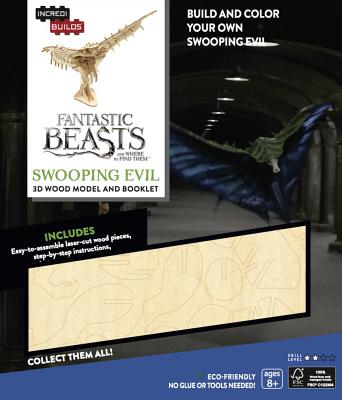 Fantastic Beasts and Where to Find Them: Swooping Evil 3D Wood Model and Booklet

Kids can build their own customizable model with this thrilling booklet and 3D wood model set from IncrediBuilds. This Fantastic Beasts and Where to Find Them-themed wood model set brings the world of the upcoming film to life. Filled with incredible illustrations and unit photography, the booklet provides fascinating behind-the-scenes facts about the film and the creatures from the Warner Bros. archive and includes a do-it-yourself 3D wood model of the Swooping Evil, one of the many magical creatures seen in the film. Skill Level: Intermediate