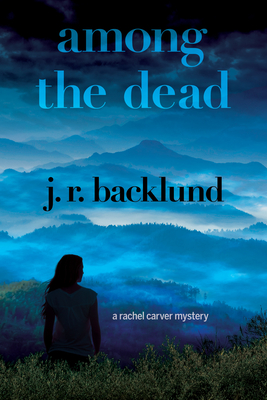 Perfect for fans of Tami Hoag and J. T. Ellison, J. R. Backlund’s gripping mystery debut Among the Dead is sure to be a knock-out.

Ex-SBI agent Rachel Carver must hunt a group of killers on her own before time runs out in this gripping debut.

Former North Carolina State Bureau of Investigation agent Rachel Carver blames herself for the collateral death of an innocent woman in her last case. Unable to accept her superior’s attempts to cover up the incident, she turned in her badge. But when a former partner asks her to consult on a new murder case, she reluctantly agrees, traveling to a small, remote mountain community, where she’s tasked with leading a group of inexperienced detectives on a hunt for the killer. The trek has hardly begun when what seems to be the act of a loner proves to be much more as Rachel's team comes under attack—and a detective is killed in the fallout.

Now that the stakes have risen, Rachel’s old employers at the SBI step in to take over the investigation. But Rachel, convinced they are on the wrong track, continues to work the case alone. And just as she delves into the town’s past, she discovers a secret history that connects the victims—one that makes her the target of a man who would kill to keep it a secret.

Praise For Among the Dead: A Rachel Carver Mystery…

While J. R. Backlund’s heart resides in North Carolina, where he was born, his parents transplanted him to The Sunshine State before he was old enough to put up a fight. Prior to writing his first novel, he studied journalism at the University of Florida, then took a thirteen-year detour in construction management before getting back to telling stories. He lives in Jacksonville with his wife and their three furry children—they don’t like it when he calls them dogs.
Loading...
or
Not Currently Available for Direct Purchase