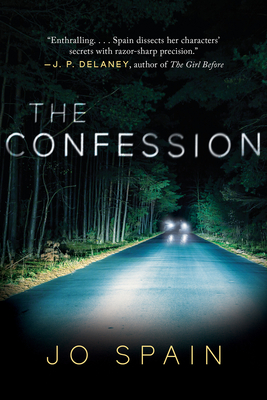 You find out who did it on the very first page. On the last page, you'll find out why in this expertly plotted, “enthralling” (J. P. Delaney) psychological suspense novel from an internationally bestselling author.

Late one night a man walks into the luxurious home of disgraced banker Harry McNamara and his wife Julie. And when the man launches an unspeakably brutal attack on Harry, a horror-struck Julie, frozen by fear, watches her husband die.

Just one hour later, the attacker, J. P. Carney hands himself into the police and confesses to beating Harry to death. Except he also claims that the assault was not premeditated and that he didn’t know the identity of his victim. With a man as notorious as Harry McNamara, who was just found innocent in a highly sensationalized fraud trial, the detectives cannot help but wonder: Was this really a random act of violence? Was Julie really powerless to stop JP? When Harry’s many sins are unveiled to include corruption, greed, and betrayal, nothing is for sure.

This gripping psychological thriller will have you questioning, who—of Harry, Julie and JP—is really the guilty one? And is Carney's surrender driven by a guilty conscience or is his confession a calculated move in a deadly game? Brilliant and ice-pick sharp, The Confession is perfect for fans of B. A. Paris and Fiona Barton.

Jo Spain is a full-time writer and screenwriter. Her first novel, With Our Blessing, was one of seven books shortlisted in the Richard and Judy Search for a Bestseller competition and her first psychological thriller. The Confession, was a number one bestseller in Ireland. Jo co-wrote the ground-breaking TV series Taken Down which first broadcast in Ireland in 2018. She’s now working on multiple European TV projects. Joanne lives in Dublin with her husband and their four young children.

Praise for The Confession:
“Even seasoned genre veterans will be riveted by this modern-day morality tale, which peels away layers of the present and past to reveal ugly truths and sins aplenty, from lust and greed to addiction and deceit.”
—Publishers Weekly, starred review

“Easily a contender for thriller of the year.”
—NY Journal of Books

“The Confession is a rare treat, a combination of a psychological thriller and a domestic drama with a bit of a police procedural thrown in...Block out some time to finish this book because you won’t want to stop reading once you pick it up.”
—BookReporter

“I was guessing until the final, tantalizing and wholly surprising pages of this character-driven sizzler. Don’t miss it!"
—David Bell, author of Somebody’s Daughter

“This story of betrayal, guilt, murder, revenge—and even possible redemption—is almost impossible to put down. I’m still not sure if confession is good for the soul, but The Confession is definitely good for those looking for a gripping read.”
—Mystery Scene Magazine

"An absolute cracker of a book, compulsive, deviously plotted and intense—I will be recommending this to everyone.”
—Elizabeth Haynes, author of Into the Darkest Corner

“Jo Spain is such a talent. The Confession had me in its thrall from the first page, revealing the dark side of the Celtic Tiger.”
—Sarah Ward, author of In Bitter Chill

“A climax that is shocking and unexpected.”
—The Times (UK)
or
Buy Here
Copyright © 2020 American Booksellers Association