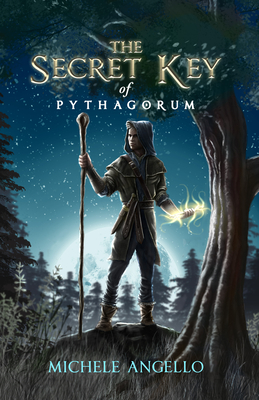 The Secret Key of Pythagorum

Savaric is devastated. His grandmother, the only good person in his life, was dallying with something she had no right to on the day he was born...
Magic. Savaric doesn't know what to think. Is he a warlock? Is he cursed? Everyone already looks at him strangely everywhere he goes. But all that changes when Savaric discovers that, under the right circumstances, he can become invisible However, what starts out as a fun talent quickly goes downhill when things start to go missing and he's always to blame. Even his own mother thinks he's responsible for every cooling pie missing from a window ledge (Well, maybe one or two ).

That is, until the day when his gift leads him to a mysterious map written in a language he's never seen, and a beautiful golden key.

In the whirlwind that follows, Savaric leaves the only home he's ever known, and sets off alone to solve the mystery behind the map and key. He soon makes friends and enemies alike, plans a prison escape, digs for treasure more than once, and meets Kings, Queens, and fairies. Savaric may even help stop destabilizing battles for the throne and save the English kingdom

...but only if he can survive.