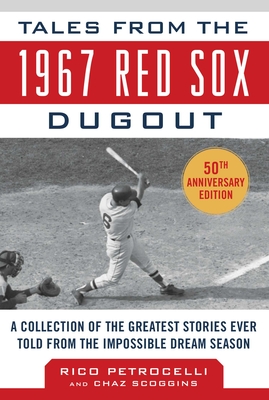 By the end of 1966, the Boston Red Sox were a team in serious trouble. The Red Sox had not won a pennant in twenty years and had not posted a winning record in eight. Pampered by their benevolent owner, Tom Yawkey, the Red Sox had developed a reputation as a team that cared more about having a good time than winning baseball games. The "Gold Sox" (or "Jersey Street Jesters") were sometimes playing before fewer than 1,000 fans at Fenway Park. Yawkey, disillusioned, began seriously considering selling the team or moving the franchise to another city.

Then, in 1967, a brash rookie manager named Dick Williams took charge of a hungry, but very young and inexperienced team that did not know how to win. A strict disciplinarian, Williams had no tolerance for nonsense, and he taught the Red Sox how to play the game right. Yet, when he predicted that the Red Sox would win more games than they'd lose in 1967, no one took him seriously. The Red Sox forged a 10-game, midseason winning streak. Adopting the theme song from the hit Broadway musical, Man of La Mancha, the 1967 Red Sox season became "The Impossible Dream." The fans grew excited again and started flocking to Fenway Park or tuning their radios to the broadcasts of the games. Over the season's final six weeks, the Red Sox never led or trailed by more than 1 1/2 games. Three teams were still in the pennant race during their final game. When that day was over, the Red Sox had become the first and only team in major-league history to rise from ninth place to league champion.

The Red Sox remain indebted to the 1967 champions, and they will be indebted forever. Rico Petrocelli, one of Boston's most beloved athletes and a twenty-four-year-old shortstop on that "Impossible Dream" team, recaptures the thrills of that improbable season through his unique anecdotes. In this re-release timed to coincide with the 50th anniversary that magical year, Rico chronicles both the nightmare that threatened to swallow an organization and the resurrection that would reinvigorate a team and a city that share the same heart

Rico Petrocelli spent his entire fourteen-year career with the Red Sox before retiring in 1977. The two time all-star played in two World Series, and set an American League record for shortstops by hitting 40 home runs in 1969--a record that stood for nearly three decades. He was inducted into the Red Sox Hall of Fame in 1997. He resides in Nashua, New Hampshire.

Chaz Scoggins is an award-winning writer who covered the Red Sox for the Lowell Sun beginning in 1973, up until his retirement in April 2013. Scoggins has also served as the official scorer for the Red Sox and president of the Baseball Writers Association of America. He has also been a broadcaster for Lowell Spinners games. He lives in Lowell, Massachusetts.
Loading...
or support indie stores by buying on
(This book is on backorder)