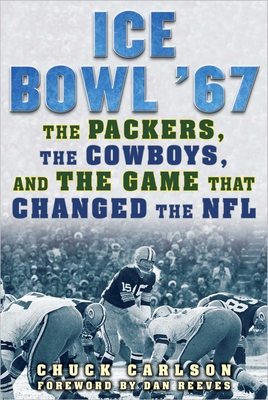 The Packers, the Cowboys, and the Game That Changed the NFL

For those players who remain, the scars still run deep when it comes to the infamous “Ice Bowl,” played December 31, 1967, between the Green Bay Packers and Dallas Cowboys.

There are players even today who suffer the ravages of frostbite and lung damage from a game many of the players never thought should have been played. As one player said, “It was just too damn cold. Who plays football in that weather?”

But play they did in the minus 45 degree wind-chill (that dropped to 65 below by the end of the game) because the NFL championship, and a spot in the second Super Bowl, was on the line.

What resulted was a game that has become part legend, part myth. There are a thousand stories from players and fans alike about a game that, 50 years later, remains embedded in NFL lore because of its sheer drama.

Everyone remembers the remarkable way the Packers won, capping off a decade-long dynasty. The Cowboys, meanwhile, used the game as a building block that would propel them into NFL domination for 20 years.

But what few remember is that this was. In every way imaginable, a game of survival, pitting man against the worst nature could deliver.

This is a story about a football game, the men who played it, the people who watched it, those who were inspired by it and it’s a story, even a half century later, that remains unforgettable.

Praise For Ice Bowl '67: The Packers, the Cowboys, and the Game That Changed the NFL…

"...a satisfying addition for all football lovers."--Library Journal

“The drama comes through, and Mr. Carlson captures the frosty pageant with an enthusiasm and awe appropriate to the topic.”—Wall Street Journal

"...a satisfying addition for all football lovers."--Library Journal

“The drama comes through, and Mr. Carlson captures the frosty pageant with an enthusiasm and awe appropriate to the topic.”—Wall Street Journal

Chuck Carlson was a sports writer/columnistfor more than 30 years with newspapers in Virginia, Maryland, Washington, Illinois Nevada, and Wisconsin. He spent eleven years covering the Green Bay Packers for the Appleton Post-Crescent and this is his tenth book on the Packers. He is now director of media relations for Albion College in Michigan and he lives in Marshall, Michigan.
Loading...
or support indie stores by buying on
(This book is on backorder)