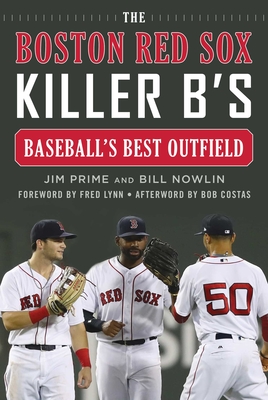 The Red Sox are World Champions again. Their outfield of Andrew Benintendi, Jackie Bradley Jr., and Mookie Betts, was one of the most productive in baseball history. Celebrate the superb outfielders who are known collectively as the "Killer B's," with this history of their 2018 season!

Andrew Benintendi, Jackie Bradley Jr., and Mookie Betts made up the Red Sox World Series-winning outfield in 2018, a season in which Betts was voted the American League MVP and received a Gold Glove, Bradley earned ALCS MVP accolades and also a Gold Glove, and Benintendi featured one of the smoothest swings seen in Boston since Ted Williams.

In The Boston Red Sox Killer B's, veteran authors Jim Prime and Bill Nowlin team up to cover the young careers of all three players, with special emphasis on the 2018 season. Along the way, Prime and Nowlin incorporate on- and off-field stories and interviews with teammates to offer fans a better understanding of how this trio has transformed into New England folk heroes and how they have developed a chemistry unmatched by any other outfield around the league.

This book serves as the perfect gift for any Red Sox fan!