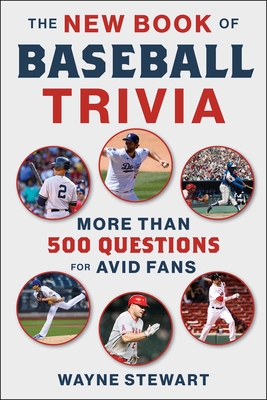 The New Book of Baseball Trivia

More than 500 Questions for Avid Fans

A comprehensive trivia book that enables readers to compete as they answer questions!
In The New Book of Baseball Trivia, experienced baseball author Wayne Stewart includes 500 fun and engaging questions and answers on everyone's favorite former and active players and coaches. Readers are awarded a single, double, triple, or homer based on the difficulty level of the question, with the goal to score as many runs as possible by the end of the book. They are kept on their toes by answers head-scratchers such as:
This book makes the perfect gift for the baseball-loving fan!

Wayne Stewart has been a professional sportswriter for more than thirty-five years and has authored thirty books, including Name that Ballplayer, You’ re the Umpire, and The Little Giant Book of Basketball Facts.
Loading...
or support indie stores by buying on