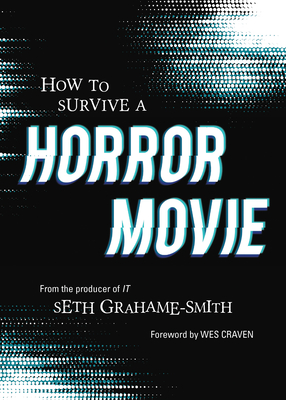 How to Survive a Horror Movie

Written by the screenwriter and producer behind Stephen King’s It, and with an introduction by horror icon Wes Craven (A Nightmare on Elm Street), this is a hilarious must-read for any horror movie fan—and it just might save your life

So don't be afraid: no vampire, zombie horde, cannibal hillbilly, Japanese vengeance ghost, or other horror movie monster can hurt you—as long as you have this book.

“If you have snakes on your plane, did something last summer or suspect you’ve been dead since the beginning of the movie, then this is the book for you.”
—McClatchy-Tribune

“If anyone would know how to survive a horror movie, it would be Seth Grahame-Smith.”
—Tulsa World

“How to Survive a Horror Movie is essential reading for horror movie buffs of all ages.”
—Think Geek

“Insightful, funny, and a must-have companion for any horror fan.”
—Geeks of Doom

“A tongue-in-cheek guide loaded with humorous insights to the many familiar cinematic tropes that populate the genre.”
—Horror DNA, 4 star review

Seth Grahame-Smith is a New York Times best-selling author (Pride and Prejudice and Zombies; Abraham Lincoln, Vampire Hunter), screenwriter (Dark Shadows; The Lego Batman Movie), and producer (Stephen King’s It) of film and television. His novel Pride and Prejudice and Zombies debuted at #3 on the New York Times Best Seller List, has sold over two million copies, and has been translated into more than twenty languages. A film adaptation was released in 2016.
Loading...
or support indie stores by buying on