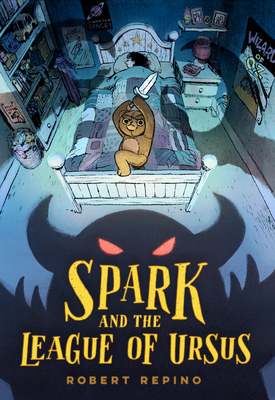 Spark and the League of Ursus

The adventure continues in Spark and the Grand Sleuth

“Two thumbs up...a must read if you are a stuffed animal lover.”—Neatorama

“Beautiful and a bit emotional...A fantastic read for all ages."—Fangirlish

Robert Repino is the author of Mort(e), Culdesac, and D’Arc, which make up the critically acclaimed War with No Name series (Soho Press). He holds an MFA in creative writing from Emerson College and teaches at the Gotham Writers’ Workshop. He lives in New York City where he works as an editor at an academic publisher. This is his middle-grade debut. Robert had two special teddy bears when he was growing up: Bear and Blue Bear.
Loading...
or
Not Currently Available for Direct Purchase