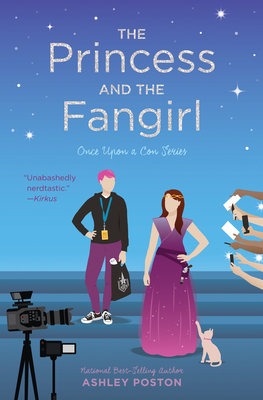 The Princess and the Fangirl (Once Upon A Con #2)

The Prince and the Pauper gets a Geekerella-style makeover in this witty and heartfelt novel for those who believe in the magic of fandom—now in paperback, with an excerpt from Bookish and the Beast.

Ashley Poston loves dread pirates, moving castles, and starry night skies. When not geeking out at comic-cons, she lives in South Carolina with her cat named Pepper. She is the author of the Heart of Iron duology, as well as the Once Upon a Con series. She can be found online at ashposton.com.
Loading...
or support indie stores by buying on