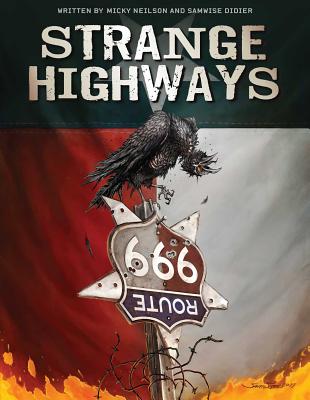 Welcome to Texas! Well, the new Texas, that is.

After seceding from the oppressive USA, the Lone Star Nation has been reduced to a desolate wasteland full of biker gangs, strip clubs, and run-down towns where justice usually comes in the form of a bullet—and lots of ’em to boot. In this new Texas, the bizarre is commonplace, and every soul on the road has something to hide.

Growing up as a freak in a traveling carnival, one might expect to have it rough. But being beaten, shot, hung, and left for dead by the very people who raised you? That’s downright extreme. Unfortunately for his attackers, Jo Jo, the former “Feral Kid,” is very hard to kill. And now he’s out for that most basic of human desires: payback.

Traveling the strange highways of this new Texas, Jo Jo comes across an eccentric gallery of freaks and rogues: a young dancer on the run from her depraved father, a messianic head of a biker cult, and a gruesome collection of outcasts, cutthroats, and assassin clowns. Each confrontation brings Jo Jo closer to his ultimate target: the Rambling Man—the sinister ringleader of the dark carnival and the man who wants Jo Jo dead more than anyone.

SAMWISE, aka Sam Didier, is senior art director at Blizzard Entertainment. He joined the company in 1991 and is responsible for directing the art style for Warcraft, StarCraft, and Heroes of the Storm, as well as for creating artwork for World of Warcraft, Hearthstone, and Diablo. Samwise’s previous books include Grimbeard: Tales of the Last Dwarf and The Last Winter.

Micky Neilson is a two-time New York Times best-selling author whose graphic novels Ashbringer (#2 on the list) and Pearl of Pandaria (#3) have both been published in six languages. As one of the first writers at Blizzard Entertainment, he has more than two decades of experience in the cutting edge of the gaming industry. In 2016 Riverdale Avenue Press published his memoir Lost and Found: An Autobiography About Discovering Family, available wherever books are sold. He has also self-published his first full-length horror novel, The Turning, and its prequel, Whisper Lake, both on Amazon. Most recently, Micky was tapped to write the comic book series The Howling: Revenge of the Werewolf Queen, a continuation of the beloved 1981 Joe Dante horror film The Howling.
or support indie stores by buying on
Copyright © 2020 American Booksellers Association