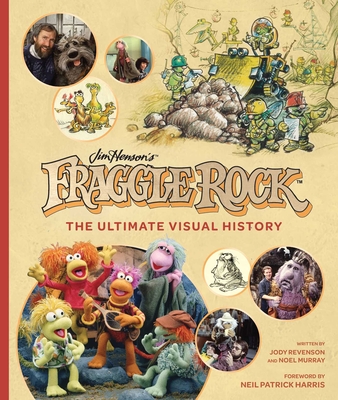 It’s been over thirty-five years since the irrepressible Fraggles first hit the screen in the beloved children’s television hit Fraggle Rock. Created by the legendary Jim Henson, along with Michael K. Frith, Jerry Juhl, Duncan Kenworthy, and Jocelyn Stevenson, Fraggle Rock remains a favorite of fans to this day. This delightful volume tells the incredible story of the bighearted show that helped instill open-minded values in a whole generation of viewers. Fraggle Rock: The Ultimate Visual History follows the show’s creation, from early concepts to the incredible puppetry that brought the unforgettable characters, such as Gobo, Red, and Mokey, to life. Exclusive interviews with Stevenson, Frith, Kenworthy, and several other major contributors reveal fascinating, exclusive insights that take the reader further into Jim Henson’s world than ever before. Featuring a wealth of rare concept art and behind-the-scenes photographs from the archives of The Jim Henson Company, Fraggle Rock: The Ultimate Visual History is the definitive look at one of the best-loved television shows of all time.