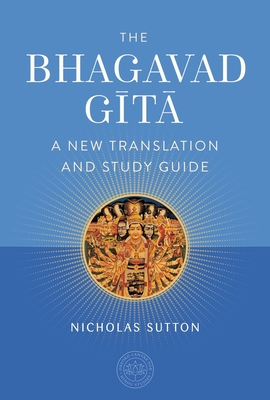 A New Translation and Study Guide

This short course sets out a detailed study of the text, philosophy, and contemporary significance of the teachings found within the Bhagavad Gita.

The Bhagavad Gita, which was spoken perhaps five thousand years ago and whose written form has been extant for over two thousand years, has continued to inspire new generations of seekers in the East and West for centuries.  Gandhi in the East and Thoreau, Emerson, Einstein, and others in the West found within its pages deep wisdom, comfort, and contemporary applications to their lives and times.

The Gita ranks with the Bible, Dhammapada, Dao De Jing, Qu’ran, and other significant sacred books as a universal source teaching that transcends sectarian religions. In addition, the Bhagavad Gita—along with the Yogasutras—is one of the two primary foundational books on the yoga path, aspects of which have become wildly popular in the West in recent decades.

The Gita has been translated and commented on by great Eastern teachers, such as Shankara (eighth century) and Ramanuja (eleventh century), but also by an ever-increasing group of Western seekers and teachers up to the present day.

This new translation and commentary on the Gita is the first in a series of books produced by the Oxford Centre of Hindu Studies (OCHS), a Recognised Independent Centre of the University of Oxford. The OCHS Gita is simultaneously authoritative, academically sound, and accessible for inquiring students and seekers. Each chapter has an English translation of the verses, explores main themes, and explains how the knowledge is relevant and applicable to our twenty-first-century world.

To see available courses from the Oxford Centre for Hindu Studies, visit ochsonline.org.

Dr. Nicholas Sutton is a Professor and Director at the Oxford Centre for Hindu Studies (OCHS). The Oxford Centre for Hindu Studies is a Recognized Independent Centre of Oxford University. OCHS, founded in 1997, is an academy for the study of Hindu cultures, societies, philosophies, religions, and languages, in all periods and in all parts of the world.
Loading...
or support indie stores by buying on