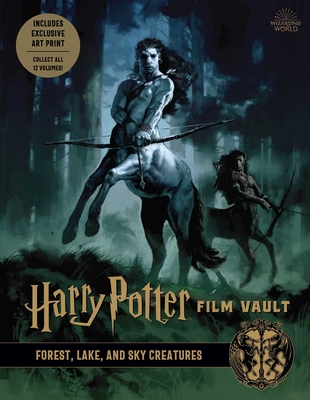 Discover the filmmaking secrets behind the magical creatures of the Forbidden Forest, the Black Lake, and beyond.

From centaurs to merpeople and horn-tailed dragons, magical creatures and terrifying beasts are key characters in the Harry Potter films. Harry Potter: Film Vault: Volume 1: Forest, Lake, and Sky Creatures features illustrations and behind-the-scenes photography that give fans an in-depth look at the development and creation of the magnificent creatures seen throughout the movies.

“You’re going to want to collect them all.”