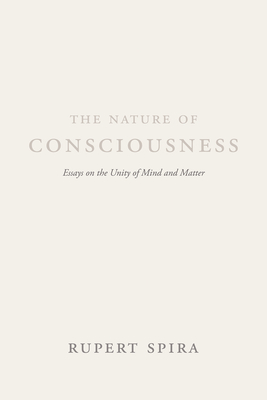 The Nature of Consciousness

Essays on the Unity of Mind and Matter

"I've gained deeper understanding listening to Rupert Spira than I have from any other exponent of modern spirituality. Reality is sending us a message we desperately need to hear, and at this moment no messenger surpasses Spira and the transformative words in his essays."
--Deepak Chopra, author of You Are the Universe, Spiritual Solutions, and Super Brain


Our world culture is founded on the assumption that the Big Bang gave rise to matter, which in time evolved into the world, into which the body was born, inside which a brain appeared, out of which consciousness at some late stage developed. As a result of this "matter model," most of us believe that consciousness is a property of the body. We feel that it is "I," this body, that knows or is aware of the world. We believe and feel that the knowing with which we are aware of our experience is located in and shares the limits and destiny of the body. This is the fundamental presumption of mind and matter that underpins almost all our thoughts and feelings and is expressed in our activities and relationships. The Nature of Consciousness suggests that the matter model has outlived its function and is now destroying the very values it once sought to promote.

For many people, the debate as to the ultimate reality of the universe is an academic one, far removed from the concerns and demands of everyday life. After all, life happens independently of our models of it. However, The Nature of Consciousness will clearly show that the materialist paradigm is a philosophy of despair and, as such, the root cause of unhappiness in individuals. It is a philosophy of conflict and, as such, the root cause of hostilities between families, communities, and nations. Far from being abstract and philosophical, its implications touch each one of us directly and intimately.

An exploration of the nature of consciousness has the power to reveal the peace and happiness that truly lie at the heart of experience. Our experience never ceases to change, but the knowing element in all experience--consciousness, or what we call "I"--itself never changes. The knowing with which all experience is known is always the same knowing. Being the common, unchanging element in all experience, consciousness does not share the qualities of any particular experience: it is not qualified, conditioned, or limited by experience. The knowing with which a feeling of loneliness or sorrow is known is the same knowing with which the thought of a friend, the sight of a sunset, or the taste of ice cream is known. Just as a screen is never disturbed by the action in a movie, so consciousness is never disturbed by experience; thus it is inherently peaceful. The peace that is inherent in us--indeed that is us--is not dependent on the situations or conditions we find ourselves in.

In a series of essays that draw you, through your own direct experience, into an exploration of the nature of this knowing element that each of us calls "I," The Nature of Consciousness posits that consciousness is the fundamental reality of the apparent duality of mind and matter. It shows that the overlooking or ignoring of this reality is the root cause of the existential unhappiness that pervades and motivates most people's lives, as well as the wider conflicts that exist between communities and nations. Conversely, the book suggests that the recognition of the fundamental reality of consciousness is the first step in the quest for lasting happiness and the foundation for world peace.

From an early age, Rupert Spira was deeply interested in the nature of reality. At the age of seventeen he learned to meditate, and began a twenty-year period of study and practice in the classical Advaita Vedanta tradition under the guidance of Dr. Francis Roles and Shantananda Saraswati, the Shankaracharya of the north of India. During this time, he immersed himself in the teachings of P. D. Ouspensky, Krishnamurti, Rumi, Ramana Maharshi, Nisargadatta, and Robert Adams, until he met his teacher, Francis Lucille, in 1997. Lucille introduced Spira to the Direct Path teachings of Atmananda Krishna Menon, the Tantric tradition of Kashmir Shaivism (which he had received from his teacher Jean Klein), and, more importantly, directly indicated to him the true nature of experience. Spira lives in the UK and holds regular meetings and retreats in Europe and the United States. For further information, see www.rupertspira.com.
Loading...
or support indie stores by buying on