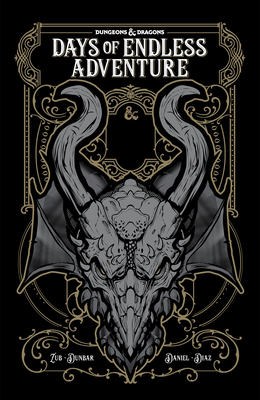 Go beyond your tabletop campaign--or fuel it with new material--in this collection of immersive graphic novel adventures set in the boundless world of the Forgotten Realms.

A new generation of heroes, led by a revived Minsc and Boo, rises to protect Baldur's Gate, but they'll soon find themselves fighting evil forces throughout the Realms and beyond. Whether they're stopping a plot by the Cult of the Dragon to destroy the city; escaping from the endless night of Ravenloft in the Demiplane of Dread; or facing down frost giant raiding parties in the frigid Spine of the World, the action never stops! GO FOR THE EYES, BOO!

Jim Zub is a writer, artist and art instructor based in Toronto, Canada. Over the past fifteen years he's worked for a diverse array of publishing, movie and video game clients including Marvel, DC Comics, Capcom, Hasbro, Cartoon Network, and Bandai-Namco. He juggles his time between being a freelance comic writer and Program Coordinator for Seneca College's award-winning Animation program. His current comic projects include Dungeons & Dragons, a new series celebrating 40 years of the classic tabletop RPG, Thunderbolts, the return of Marvel's villainous superhero team, and Wayward, a modern supernatural story about teens fighting Japanese mythological monsters.

Born and raised in Vancouver, British Columbia, Max Dunbar started working in comics in 2012 on Dynamite Comics' Red Sonja: Atlantis Rises. He has worked on such projects as: The Mocking Dead, Dungeons & Dragons, Slash and Burn, Micronauts, Gears of War: Rise of RAAM, and Judge Dredd: Under Siege.
Loading...
or support indie stores by buying on