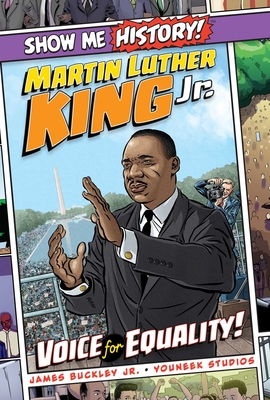 Voice for Equality! (Show Me History!)

This graphical biography tells the story of the most prominent leader of the American civil rights movement. With full-color illustrations and a historically accurate narrative, Martin Luther King Jr.: Voice for Equality! will inform and entertain readers of all ages. From his childhood in Atlanta to his rise as an international icon of human rights and a fiery orator who refused to back down in the face of adversity, King’s life story serves as an ongoing source of inspiration.

YouNeek Studios is a hub for “YouNeek” and creative character-based storytelling and entertainment. Through the use of animation, comics, graphic novels, and other popular media, we aim to build a library of eclectic characters that appeal to a broad audience. Simply put, we focus on telling extraordinary stories about extraordinary characters.