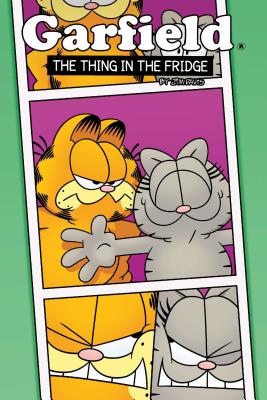 The Thing in the Fridge

Jim Davis’ legendary creation returns to comics with three all new short stories, including contributions by star writer Mark Evanier (Garfield & Friends, Superman Adventures). Get ready for Garfield, Odie, Jon, Nermal and the rest of the gang having even more fun (and lasagna) than ever before!

Jim Davis is an American cartoonist, best known as the creator of the comic strips Garfield and U.S. Acres (a.k.a. Orson's Farm). Published since 1978, Garfield is one of the world's most widely syndicated comic strips. Davis' other comics work includes Tumbleweeds, Gnorm Gnat and Mr. Potato Head.
or
Not Currently Available for Direct Purchase
Copyright © 2020 American Booksellers Association