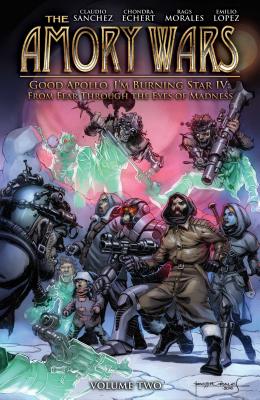 Claudio Sanchez of Coheed and Cambria fame returns to comics with continued tales of The Amory Wars, an epic science fiction comic adaptation of the band's albums.

The evil Wilhelm Ryan remains in power while those surrounding Claudio Kilgannon are convinced he is The Crowing.

The Rebel Army is invited into the Narrows citadel by an old acquaintance of Inferno's, but his intentions are unclear. Meanwhile, on Kalline, Mayo sets out to put Ryan's sinister plans in motion. As Ten Speed infiltrates Ryder's mind, Erica's fear intensifies. Is his behavior indicative of something even darker than she suspected?