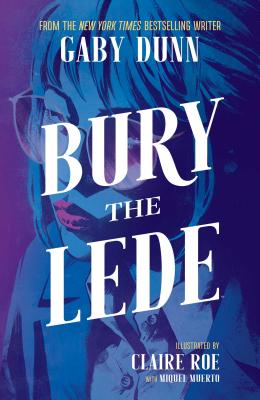 From New York Times-bestselling author Gaby Dunn comes a story of an ambitious young reporter and the potential murderess who will change her life.

Named One of the 41 Best LGBTQ Book That'll Change the Literary Landscape in 2019 by O: The Oprah Magazine.

Cub reporter Madison Jackson is young, scrappy, and hungry to prove that she deserves her coveted college internship at the premiere newspaper in town, The Boston Lede where she fetches coffee for the night crew and dreams of her own byline. So when her police scanner mentions a brutal murder tied to a prominent Boston family, Madison races to the crime scene, looking for the scoop of the century.

What she finds instead is the woman who'll change her life forever: Dahlia Kennedy, celebrity socialite, now widow, covered in gore and the prime suspect in the murder of her husband and child. When Dahlia refuses to talk to anyone but Madison, they begin a dangerous game of cat and mouse that leads the young journalist down a twisted path.

From Gaby Dunn (Bad with Money, I Hate Everyone But You) and Claire Roe (Batgirl and the Birds of Prey, Welcome Back) comes an all new original graphic novel about the thrill of the chase and the dangers of going toe-to-toe with a potential killer.

Gaby Dunn is an American writer, actress, journalist, comedian, LGBTQ activist, and podcaster. She was a writer and director for BuzzFeed Video, but has since left to focus on her YouTube comedy show and podcast Just Between Us with her best friend and fellow former Buzzfeed writer Allison Raskin.

During her second year, of college Dunn began a two-year stint as a crime reporter for The Boston Globe. She worked the 6:30 pm – 2:30 am shift, using a police scanner to monitor potential news items, and then driving to the scene of the crime to write about it.
Loading...
or support indie stores by buying on