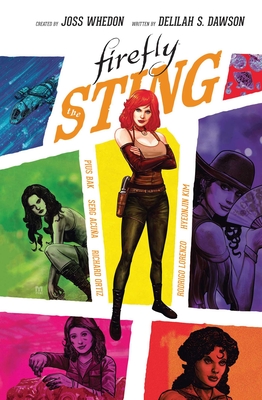 Saffron unites the women of the Serenity crew to join her on a heist in this all-new original FIREFLY graphic novel.

Saffron -- the enigmatic rogue who captured the hearts of FIREFLY fans worldwide, as well as the heart of Capt. Malcolm Reynolds -- returns to the Serenity. But this time, she’s got no time for Mal, as she’s there to recruit the women of the ship to join her on a heist that has personal stakes for all involved.